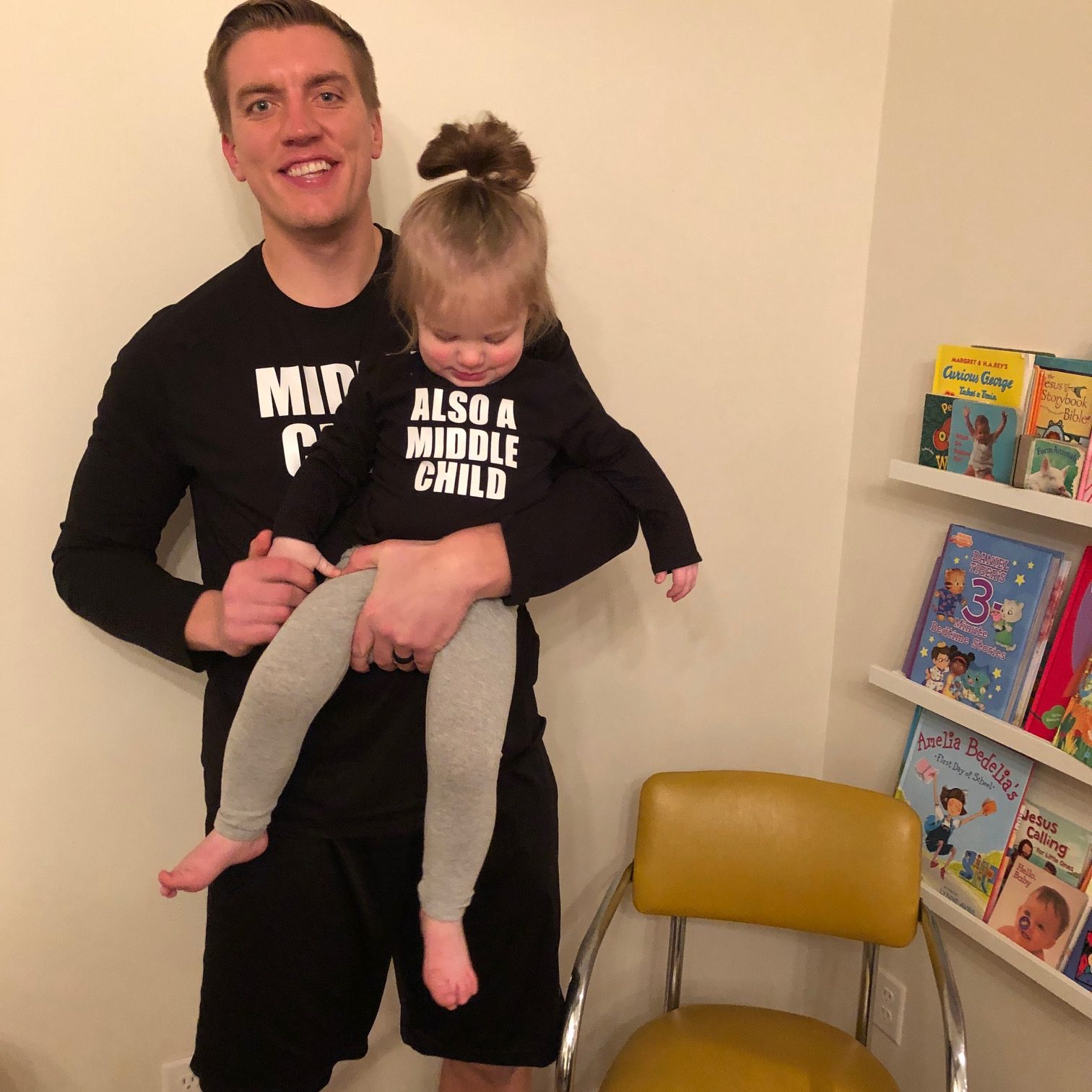 Those of you who follow along over on Instagram and Facebook have probably seen our news that we are expecting another baby in August! We are feeling SO thankful for this sweet baby and blessing and as someone who knows what miscarriage is like, we never take the gift of new life for granted. For me, the first trimester always brings its fair share of worry and fear, probably more so than others, and while I can’t say that ever totally goes away, we’re trying to take it day by day and feeling so thankful to be nearly through the first trimester.

I got a lot of questions on Instagram and in personal conversations about this baby and pregnancy, so I thought I would give all the details in one post!

1. Were you trying?
Yes! We had been trying for a few months. Unfortunately, because of my history, we either need to be “in” or “out” in terms of trying. It’s one of the things I’ve grieved in the past, because it feels like it’s such a decision to make and sometimes I wish we could just “see what happens” like some couples talk about, but for us we need to make sure our medical ducks are in a row before trying.

2. What medical intervention did you have to take with this pregnancy?
As I’ve shared before, with both Ainsley and Collins I took progesterone in the second half of every cycle we were trying to conceive. It didn’t seem to be enough to wait until I got a positive pregnancy test to begin supplementing, but rather I needed the supplementation in-cycle for both girls.

This time around, we had been trying for a couple months and I told my doctor I didn’t feel like myself on the progesterone. I usually have ZERO PMS symptoms and while on progesterone I was feeling crampy/gassy/generally off. He suggested testing my progesterone levels in an un-medicated cycle. So we pulled the supplementation and tested the cycle we conceived. Of course, we didn’t know that would be the case, but my un-medicated numbers were in the optimal range – something that’s never happened for me before – which was incredibly encouraging for me to see this change in my hormones.

Once I got a positive pregnancy test, I started supplementation with progesterone injections as a precaution given my history. We are monitoring my levels every other week and I’ve continued to ride the “optimal” or slightly below optimal level at each draw. We recently reduced the amount of progesterone I’m getting and will test again in two weeks. If it’s another optimal level, I may be able to stop the injections. Otherwise we will continue to take the progesterone until I get two consecutive draws at optimal or above optimal. With Collins I was on injections until 32 weeks!

I also continued my regimen of a daily baby aspirin, a bio-available B-complex vitamin, my prenatal (I’m taking this one this time around because it’s tasty and easy to remember to take), fish oil, iron, Plexus Bio-Cleanse, and probiotic.

The cycle before we conceived, I also started to take a series of herbs prescribed by my acupuncturist, and once I got a positive pregnancy test, I started the same custom blended herbal drink 2x per day that I took with both the girls.

4. How/when did you find out?
I took a pregnancy test one morning a couple days before my period was due – it was negative – I took another that afternoon and saw the faintest line. When I went in to have my blood drawn that afternoon my HCG level was a 6 (anything 5 and under is technically not considered pregnant) so we were VERY cautious while we waited two more days to test again. We were so excited when my levels more than tripled and continued to do so for another test. We’ve had one early ultrasound and heard baby on the doppler at the doctor one (and about a hundred times at home on my own doppler, too).

6. How have you been feeling?
Horrible! I mean, definitely could be worse and could also be better is the better answer. I guess it’s just worse compared to the pregnancies I had with Ainsley and Collins. I remember so many days with both girls that I felt SO normal that I would be brought to tears fearing something was wrong. But this pregnancy, while I’ve still had days when I’m worried, I haven’t had many moments when I wasn’t fully aware that I’m pregnancy-sick.

7. Is this pregnancy different than past pregnancies?
Yes and no!

One of the biggest differences this time around has been my relationship with food. I remember specifically craving lots of bread, salty carbs, and generally bland food with both Ainsley and Collins. I craved orange juice and eggs like a mad woman early on, too, and could hardly look at coffee for 14 weeks.

This time around, I’ve been drinking coffee the entire time. While it doesn’t sound AS good as it used to, it still appeals to me. From weeks 5-8 I could hardly stand to eat ANY food. I wasn’t grossed out by the idea of food, I just didn’t want to eat. I would often go until 11 am without eating and probably survived on 1,000 calories a day for a while, which is probably why I was down a few pounds at my first appointment.

But after week 8, food sounded neither good nor bad. I haven’t had ANY foods that specifically sound bad, and have been thankful to enjoy vegetables the entire time thus far, though baked potatoes have sounded particularly good and I’ve found myself snacking on lots of protein!

8. Do you have a preference for gender?
I do not. I am thrilled about the idea of three girls (yay sister club!) but I would love to experience what it’s like to have a boy, too! It’s so not a cliche for me – I really am just so thankful to be pregnant and to even have a third baby and gender hardly seems important to me.

That said, I know my hubby would love to have a boy! And I totally get it – because having a child of your same gender is fun – so for his sake maybe a boy? But really, I rest in the fact that God has already decided and will give us the perfect addition to our family.