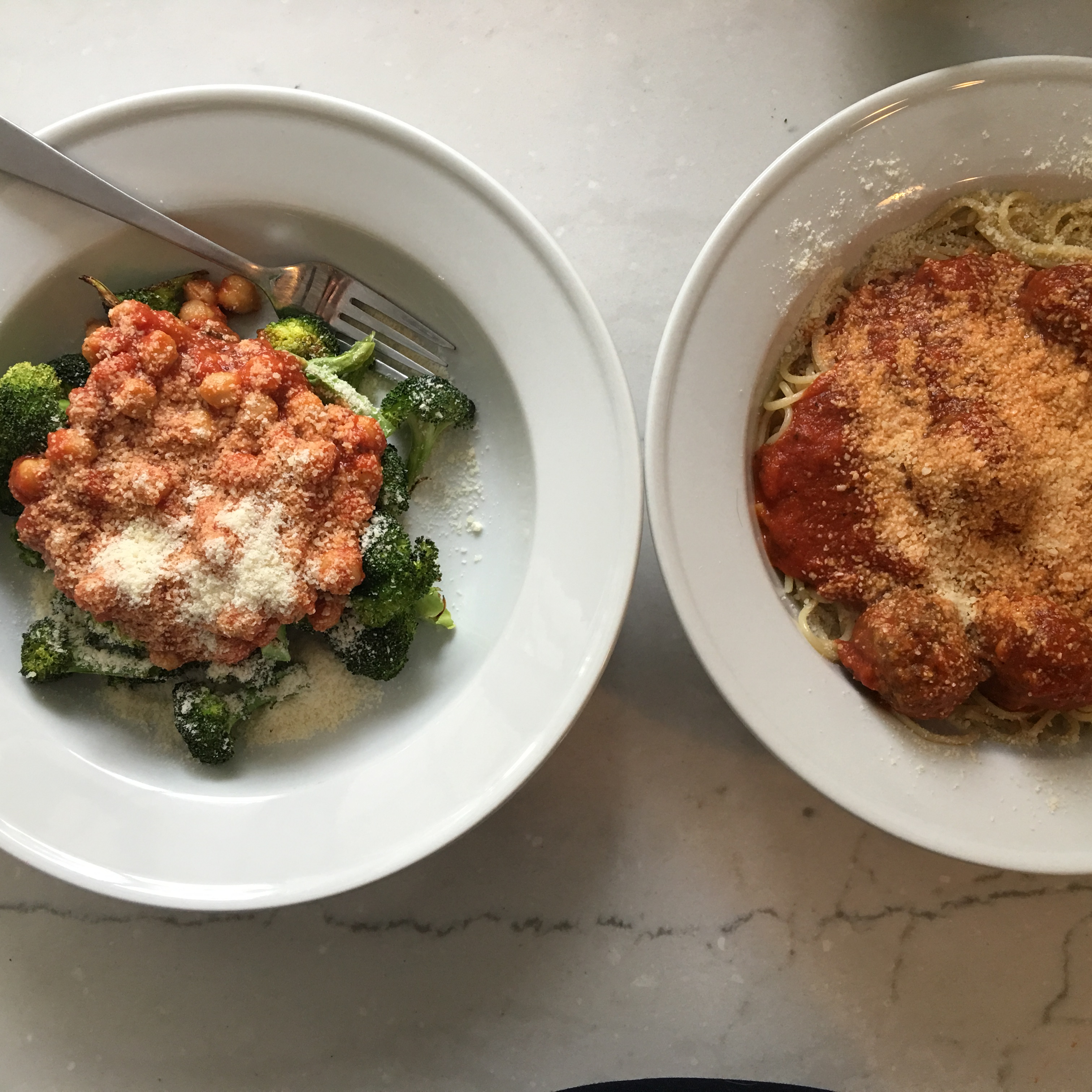 A vegetarian pregnancy. It was something I had hoped to have the first time around with Ainsley’s pregnancy, but for a number of reasons it never really happened. While I still ate a lot of my favorite vegetarian foods during my first pregnancy, I at a fair amount of meat as well. So many people told me that I couldn’t have a healthy, balanced pregnancy if I wasn’t eating meat, and because I didn’t know any better I decided they were probably right and I should fall in line with more of a standard diet.

This time around, I was more informed and more committed to eating like I usually eat – vegetarian. Sometimes (a lot of times?) pregnancy has a way of stripping you of the things that make you feel most like yourself. I’ve been trying to combat those feelings by doing very normal things, exercising like normal and eating like I normally do when I’m not pregnancy.

Since nausea plagued me for a lot of this pregnancy, and because I live in the heart of the Midwest where there is a shortage of good vegetarian options, I’ve eaten meat from time to time this pregnancy. I’m not militant about it, choosing to eat for health rather than to follow a strict set of rules, but I would say that I’ve been about 95% vegetarian this go around.

I’ve been more diligent about making sure I’m eating complete sources of vegetarian protein (Ezekiel bread, beans and grains paired together, peanut butter on toast, hummus and pita, loaded salads) and have also consumed plenty of eggs and breakfast quesadillas, especially during the first trimester. I’ve also relied on my favorite Vega Protein & Greens for smoothies during this pregnancy, which made it easy to get in a few servings of veggies and protein on days when I felt like all I wanted to do was eat carb after carb.

Actually, when I’m left to my default I find that I eat primarily vegan many days. I can go days where the only animal product I consume is the cream in my coffee, so I’ve been working hard to make sure I’m consuming enough dairy, too. A day of eating for me, while pregnant, usually looks like:

Dinner //
A veg-friendly version of whatever we are having for dinner as a family. This is a mixed bag of different meals, so it’s hard to point to anything particular.

Dessert //
I always have to end with a healthy sweet treat, like my healthy microwave mug cake recipe and a dollop of peanut butter

So, long story short, yes! You can be a vegetarian while pregnant. It hasn’t caused me to gain any more or less weight than the first time around, but it’s certainly helped me feel a lot better. I don’t know if it’s all the way I’ve been eating, or the way I’ve exercised or the supplements I’m taking but the energy I’ve had and the great sleep I’ve enjoyed this time around have been night and day different than the first go around. So I’ll chalk a little bit of that up to the way I’ve been eating. 😉