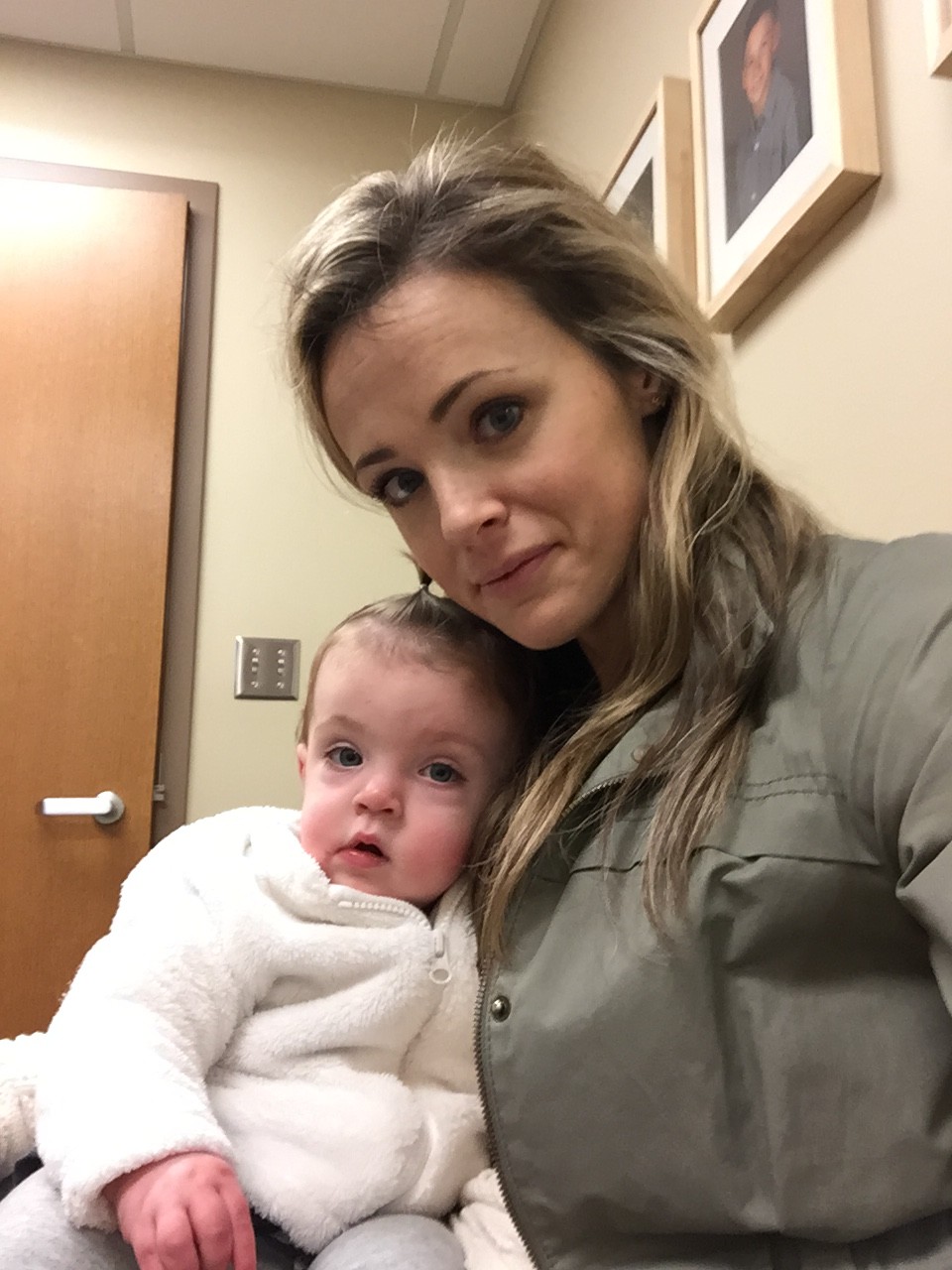 The Hofmeyer family has been having a rough go at it lately with illness. I have been told that the first winter with kids is ROUGH – a non-stop merry-go-round of passing around crud from church nurseries and play dates and shopping carts. (PS: I was reminded by my friend Laura not to look for someone to blame when she shared this article!)

Over Thanksgiving in Florida with my family Ainsley spiked a high fever from an ear infection. After a round of antibiotics and (thankfully) flying home without much issue, Joe started to feel sick. Sore throat, congestion, etc. A few days later I came down with the same symptoms. We figured we were getting Ainsley’s cold that led to her ear infection, and so we weren’t super worried about Ainsley getting sick. As it turns out, we both ended up getting the worst cold ever, which morphed into chest congestion and a sinus infection and plenty of drugs for the both of us. And, you can probably guess where this story is going…We didn’t get Ainsley’s cold, she got ours, and now we have a sick little baby again.

Despite our best efforts at keeping her healthy and warding off this cold, we were back at the doctor today for another round of antibiotics for Ainsley and a lot of rest and cuddles at home with mom for another day. Meaning that work schedule of mine? Well it’s been a little wonky lately and I’ve been feeling the pressure.

Don’t get me wrong, I love caring for that sweet little baby, especially when she is sick, but the push and pull of being a work-at-home mom with a flexible schedule means you’re most frequently the default parent who stays home with the baby when she’s sick. Selfishly, when I’m not the best version of myself, I get a little bent out of shape when my schedule gets tossed up in the air. (Ainsley usually goes to a friend’s house three days a week, meaning I get solid, uninterrupted hours to focus on work each week) I want to dive deeply into the tasks at hand while also juggling the responsibilities of caring for a sick baby at home – to be fully present in both spheres of my life.

So last night, when it became obvious that Ainsley wasn’t going to child care and was headed back to the doctor? I did my little huff and puff routine. I fretted and fussed and ranted a bit as to why I had to be the default parent. (For the record, Joe took off work Friday to care for both a sick wife AND baby.) It was a little ugly.

And then I adjusted my sails and my attitude and decided to just deal with it and be thankful that I have a job that allows for creatively managing a schedule so I am able to do both. I woke up a few hours early to get a little work done and I’ll probably go to bed a few hours later to finish up my work for the day, but what a blessing, right? Instead of giving into the feeling that I’m not doing anything really well these last couple weeks, I’m choosing to look at what a gift it is to be able to play the role of default parent.

This season of new motherhood and freelance and flexible schedules is a challenge and a gift. Some days I feel like I’m not doing anything truly well, and other days I feel like I can do all the things. So, work-at-home momma, if you’re feeling the same way know that you’re not alone. Keep up the good fight of juggling responsibilities and having a hand in about a thousand different things. We’re in this together!