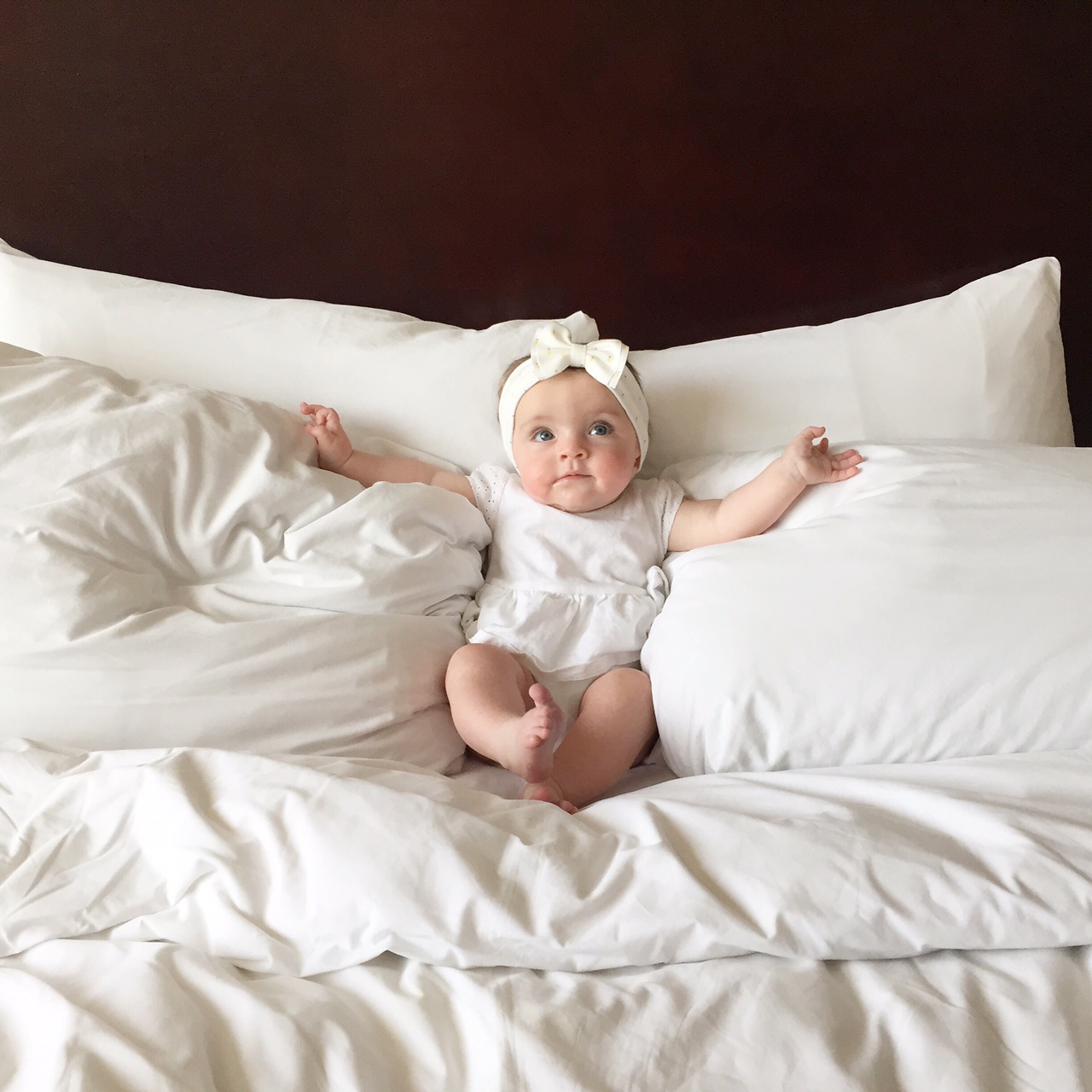 Last week, I posted about breastfeeding (or rather, not breastfeeding and choosing to formula feed instead) on Espresso and Cream’s Facebook page. As I should have anticipated I got a lot of responses, some good and some filled with outrage. Because Facebook is short-form, I’m not sure my intent and thoughts behind my post were conveyed properly and with the clarity that I intended. I thought perhaps it was worth devoting a post to further clarification and explanation.

When I was pregnant with my first and only child I got asked a lot by health professionals, friends and fellow moms if I was planning on breastfeeding. It was, by far, the most commonly answered question of my pregnancy. I found the questions strange. Sure, I hoped to breastfeed, but I had heard plenty of stories about women who couldn’t or chose not to, and I didn’t want to set myself up with expectations that were unrealistic.

I’m the woman who went into childbirth with few notions of what I wanted or didn’t want. I thought perhaps I would like to try natural childbirth, but wasn’t sure. And after experiencing six hours of labor at home with contractions in frequent intervals I decided an epidural was the way to go. The same goes for breastfeeding. I thought I would give it a go, especially for those first few months when it’s extra valuable, but I didn’t have any strong leanings either way.

I did, however, feel the societal pressure to breastfeed. Doctors, nurses, lactation consultants and friends all repeated the same phrase: Breast is best!

Ainsley and I got off to a rough start with feeding. In the hospital she didn’t latch or eat well, and we spent hours with nurses and lactation consultants trying to get her to feed. And she did feed occasionally, but I didn’t have a lot of confidence in how things were going when I was discharged from the hospital. The first couple days and nights were filled with lots of tears on both my end and Ainsley’s. Listening to your baby cry and cry because they’re hungry is the worst sort of torture. I couldn’t understand what was wrong: I was producing plenty of milk, but our little one simply thrashed her head from side to side in frustration every time she tried to eat. It was emotionally depleting on me, especially when I was worried about a thousand other things and sleep deprived on top of it all.

At four days old, Ainsley got admitted to the NICU with a low temperature after a home health nurse came to visit for a routine postpartum check-up. I had heard that breastfeeding was hard and I should just push through the hard to get to the other side, but in my heart I knew something wasn’t right. It was such a relief to hear the doctors and nurses in the NICU confirm that things were harder than usual for us because of the gap in the corner of Ainsley’s lip. That tiny gap was causing major issues with latching, leading to a lot of frustration for both of us. I was told that if we worked really hard we could probably salvage our breastfeeding relationship, but at that point I wanted nothing more than to pump exclusively and give Ainsley a bottle. She took to the bottle well, ate like a champ and was a completely different baby than the fussy, hungry newborn I had just a day before. It was sweet, sweet relief.

At first, exclusively pumping felt like a huge weight had been taken off my shoulders. But eventually, pumping itself started to feel like a major burden on top of caring for a baby. There are many benefits to pumping and bottle feeding, but let’s face it, it’s double the work and difficult to manage time-wise with an infant who eats around the clock.

During the first 14 weeks of Ainsley’s life, she was exclusively fed breast milk via bottles. I pumped dutifully and stored up a major stash in the freezer. I hated every second of it and felt emotionally drained. I must have threatened to quit a thousand times during those 14 weeks, but I felt so much guilt at the idea of introducing formula to Ainsley. I would ruin her gut health! She would have allergies! I wouldn’t be able to protect her from sickness and give her valuable antibodies! She would get more ear infections! The list could go on and on.

Eventually Joe said something to me that really stuck: “Giving Ainsley the “best” isn’t just about giving her breast milk, it’s about being the best, most emotionally available mom you can be to her. That’s what’s best to Ainsley. If pumping/breast feeding is causing you this much stress, maybe she is better off drinking formula so you can enjoy her more.”

And you know what? He was SO right. When I let go of the weight of pumping and breast feeding Ainsley, I was a better mom. I had more to offer her, I could enjoy her more and I felt more like myself than I had in months. My concern with the push to breast feed is that the focus of “breast is best” is so very narrow. Is breast milk the perfect food for our babies? Absolutely! And it’s so cool that our bodies can nourish our babies. But when the push to breast feed results in a stressed out, emotionally depleted and unhappy mom, sometimes formula is best, and that’s okay, too.

My hope is that we can have fewer conversations about how we feed our children all together. It’s such a deeply personal choice that’s become public fodder. The way I see it, motherhood is hard enough as it is without carrying extra guilt or shame about how you choose to feed your baby, and at the end of the day, we’re all just trying to do the best we can.

This is FOUR. Collins Elizabeth Jane, you are four

Graduated and I’m so dang proud of this sweet gi

The weather might be frightful but the tulips are