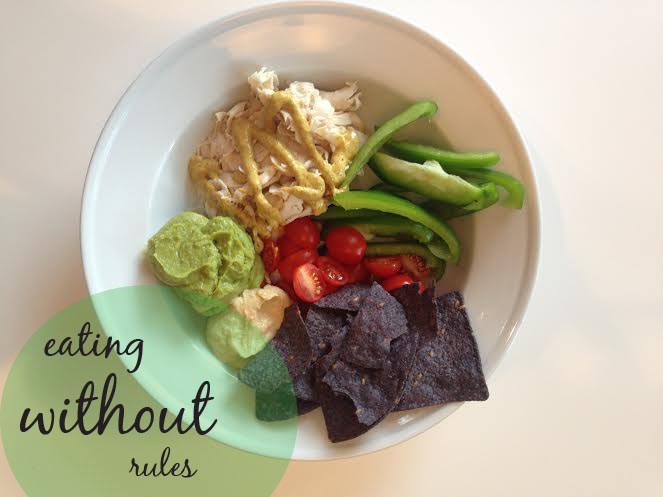 I’ve mentioned this before, but Instagram has quickly become my favorite form of social media. I share a lot of food photos on Instagram, and some of those photos include meat now and again. And, as you can probably guess, it means quite a few people have questions about if I’m still a vegetarian or not. The short answer? No.

It’s been quite a while since I talked specifically about my food choices, and truth be told I’ve been on a bit of a food journey over the past few months.

Over Christmas and the entire month of December I decided to give paleo-style eating a try. I heard great things about paleo from a number of people and wanted to see what all the hype was about. As you can imagine, it was a huge shift for me having been a vegetarian for the last 3 years. After about a month of eating paleo, I realized that it wasn’t an eating style that suited me at all. I loved the focus on whole foods, but I really missed my grains and their filling nature.

What really sent me fleeing from paleo was the fact that I actually gained weight during that month and I felt sluggish. I’m not saying this to bash paleo in any way, since I have had friends who love it and thrive eating that way, but for me and my body it wasn’t a good fit. This experiment further emphasized what I’ve always believed: A one-size-fits-all style of eating just doesn’t exist.

After my experiment with paleo I was at a loss as to what was next. Go back to vegetarian? Eat completely without rules and restrictions? While I don’t really like food labels, I did crave some type of structure in my diet so going without any guidelines seemed strange, too.

I decided to go back to eating vegetarian 85-90% of the time and allowing myself meat when my body craved it or it was the healthiest choice available. I can’t tell you the number of times I’ve been in an airport or restaurant and been stuck eating a baked potato or something similar in the name of being a vegetarian when, in reality, getting a grilled chicken breast would have been the more nutritionally-sound choice. It didn’t make sense to me to make an inferior food choice in the name of following a set of self-imposed rules.

The past few months of eating with a more relaxed yet mindful approach have been wonderful! I don’t eat much meat during the week, but occasionally I’ll have a hamburger on the grill or a little shaved turkey with my lunch. As always, the meat is more of an afterthought and the veggies are front and center on the plate. It’s freeing to be able to make the choice to include meat now and again without having to eat it all the time. The more I play around with what I eat, I have realized that all-or-nothing rarely works.

How do you approach your eating style? I’m curious if others of you steer clear of hard and fast food rules, too?
Madison