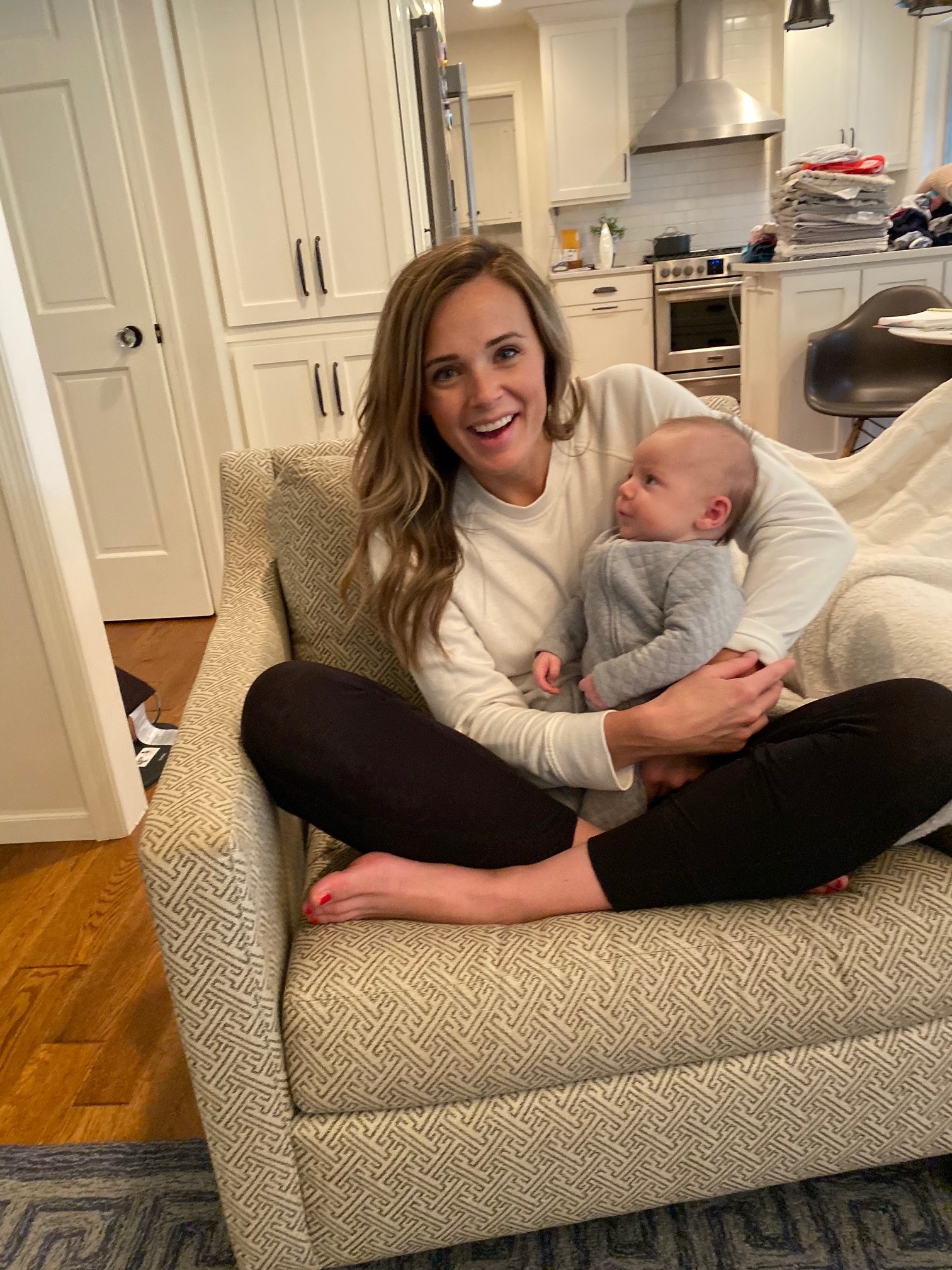 I’ve been wanting to write about the topic of trauma for a while, but finding the words to describe my experience over the last six months hasn’t been easy. While we were still in Ann Arbor after Truett’s heart surgery, someone (I can’t remember who) sent me a message on Instagram telling me that it was OK not to be OK. At the time, I brushed it off. I was on a HIGH. I had seen God work in some of the most amazing ways as He guided and orchestrated each step of Truett’s diagnosis, care, surgery, and subsequent recovery. How could I feel anything but joy? As we flew home after surgery, I felt overwhelming thankfulness and had to hold myself back from telling every stranger I saw that God saved my baby and repaired his heart.

Oh the tenderness and ache I feel thinking back to who I was in those moments, so unaware of what was to come and what I would feel and process in the months to come.

It didn’t happen instantly. I don’t know when the trauma started to swallow me whole, but it did none the less. I returned home and plunged back into an intense season of parenting. Still newly postpartum with a baby recovering from heart surgery, Joe resumed a busy work schedule compounded with many hours devoted to coaching high school football. Add on top of that the fact that Truett wasn’t what one might consider the easiest baby around and it was the most depleting of seasons.

The concept of PTSD was familiar to me but I naively thought it was something reserved for those who had been to war (literally) or who experienced abuse, neglect, or traumatic loss of a loved one. It seemed self indulgent to me to identify as someone with PTSD when the outcome of our event was ultimately a good outcome.

In the months following Truett’s surgery I noticed things in me that didn’t seem healthy, but because I’ve always identified myself as being “the strong one” and because I didn’t have a lot of margin this past fall to process properly, I continued to shove the feelings aside. As time went on, I found myself increasingly agitated by the smallest things – loud noises and basic kid behavior – obsessed with keeping the house clean and, again, agitated, when it wasn’t spotless.

I’ve always had a visual memory, but following our time in Ann Arbor the images burned into my memory were in hyperdrive. I could see everything – the configuration of buttons on the medical airplane, the face of every nurse and care provider, the tubes and cords and Truett’s labored breathing. And I replayed the events of the days we were there again. And again. And again.

Church became a hard place for me to be, too. It was the place that it all began, and every Sunday for a period of time, when we would leave Church I was even snappier and more agitated with Joe and the girls than before because sitting in that same spot triggered another replay of the cascading series of events that led to Truett’s diagnosis.

I was drowning. And yet I was trying SO hard to be OK. I was functioning, yes, but life was foggier, my excitement for things like work and family outings was muted. Basically, everything in life felt incredibly hard and I couldn’t figure out how to get myself out of the cycle I was living and re-living.

One of God’s biggest graces to me in all of this was the gift of a skilled therapist. I had intentions of finding a therapist for years, but it wasn’t until two months before Truett was born that I actually made work of finding someone to talk to about some things I felt were inhibiting me from living my fullest life. It astounds me that God had already started to give me the tools and equip me to deal with all of this before any of it even occurred. Having an established relationship with a therapist was an amazing gift during a time when I needed therapy more than ever!

Once the dust settled and the craziness of the fall subsided, the breathing room allowed me to come to terms with how I was really doing. I was able to take a true inventory of my heart and mind and work with my therapist to start to process all that had happened and the trauma that left its mark on me. I did a lot of work with exposure therapy – reading and re-reading my writings and recollections of our time in Ann Arbor so that Truett’s story would be a special part of our family’s story but wouldn’t hold undue power over me.

We also worked together on combatting untrue fear statements with truth-based statements (for me, as a believer, backed with scripture). Every time my mind was tempted to fall back into a fear pattern, I would come back to a truth statement to ground those fears in what I knew to logically be true.

Another thing I think is worth noting for other mommas in a similar spot is that it’s GOOD to be attached and responsive to your baby, especially if your baby went through something traumatic. But that you also need to take care of yourself. For me, that came in the form of personal space and sleep – two things I was getting very little of in the months following Truett’s surgery. I resisted sleep training Truett because I wasn’t emotionally ready, and also resisted leaving him. The level of emotional attachment I had was intense – but not all healthy. Some of it was VERY fear based.

Once I was ready (and encouraged by Joe) to sleep train, it was a big turning point for my mental health as I started to sleep long stretches again. Additionally, it’s still really hard for me, but leaving Truett for periods of time to work or travel is also important for me to prioritize. We can give and give as moms, but it’s important to take time to take inventory of where we are at emotionally and not allow ourselves to become completely depleted.

I hope that in sharing my story and experience with PTSD it can be helpful to someone else. It took me so long to validate the thoughts and emotions I was dealing with, but once I began to name those thoughts and accept the trauma that I was processing through, it gave the thoughts and feelings less power over me.

Would I say I’m totally fine now? Yes and no. While I’m feeling great and excited about life and more like myself with each and every day, there are still times when I find my thought process wandering. When I’m tempted to fear or fall into a pattern of thinking that could lead me down a road of anxiety. I have to course-correct and get back to those truth-based messages once again. I’m a work in progress – aren’t we all? – and I’m thankful that this experience has made me both mentally stronger and more compassionate to those around me who have walked similar roads.

PS: If you think you are dealing with PTSD or something similar, I found this website a helpful resource and encourage you to find a licensed mental health professional to work though what you are processing.