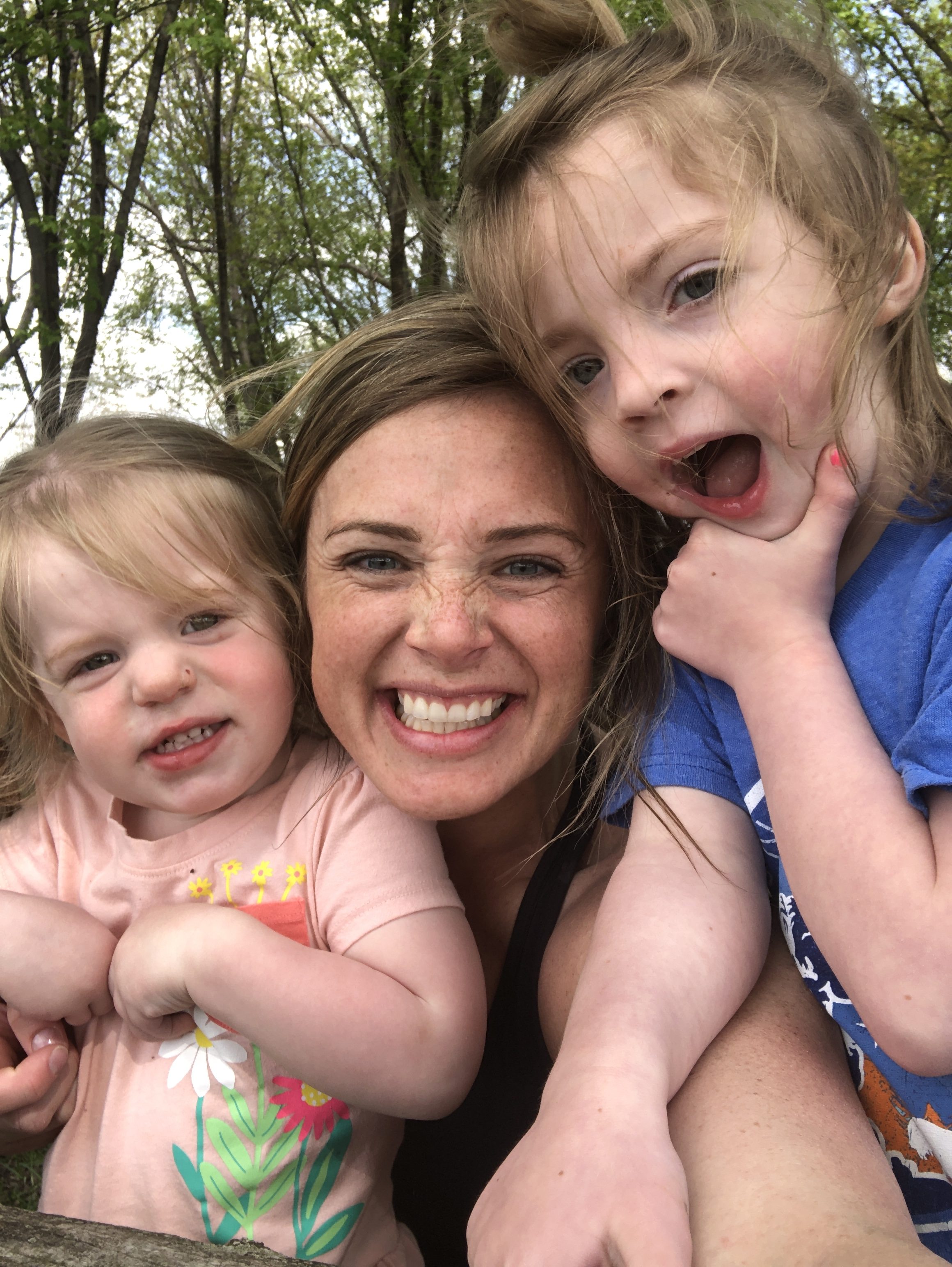 As we prepare for baby brother to arrive in less than three months, I’ve been on a mission to get all the “big hurdles” taken care of. There have been a few looming items that have been on my pre-baby mental to-do list. Now knowing what it’s like to transition to having a new baby in the house while also having other kiddos to care for, I think my desire to tackle these items sooner rather than later is stronger than it was when we were waiting on Collins to arrive.

Now that we have potty training under our belt for the most part, I’ve set my sights on the big room transition. I’ve been under NO illusion that it’s going to be easy to get these two sleeping together in the same room, but I figure it’s better to tackle it sooner rather than later when I’m the momma of a sleep-deprived newborn.

The long-term plan for the girls is to have them share bunk beds we already have installed in Ainsley’s room (we have THESE bunks for those that are curious and hands-down recommend them!) But! We had a heck of a time transitioning Ainsley into a big-girl bed and want to keep Collins in her crib as long as possible. So our current set-up includes bunk beds + a crib in the room they will share. Eventually with the plan to move Collins into the bottom bunk when she is closer to three.

We’ve now had two nights of transitioning the girls into their shared room situation and I’ll be honest in saying that I’m writing this while currently VERY exhausted from a night of interrupted sleep. It’s not proven to be the smoothest process thus far!

One of our biggest issues is that the girls both fall asleep very differently. Ainsley likes to play quietly and usually has to come out at least once or twice for things she “needs” and eventually falls asleep with a small lamp or closet light on. Collins is used to falling asleep in a pitch black room, she usually cries and fusses a bit before she finds her groove and falls asleep on her own without any distractions, things in her crib, etc.

So, we are currently working through figuring out our groove. Both girls are usually pretty good sleepers once they fall asleep. But! The last two nights there have been unusual wake-ups and interruptions during the night as well.

A few steps we are taking next:
1. Black-out shades for the room. Collins is used to sleeping in such a dark room that I think this new lighting situation is causing some issues with her sleep at night.

2. A consistent bed time routine together. Now that they are sleeping together in the same room, we are in need of establishing a new normal for their bedtime routine.

3. Clear boundaries about bed time and wake time. They have a green OK To Wake Clock that they both use to know when it’s OK to get up/out of their room, but I’ve admittedly been a little lax the last few days about letting them get out of the room as soon as soon as they wake up.

Mommas who have been through this transition with your own kiddos, does it get better? What tips do you have for making the transition as smooth as possible?