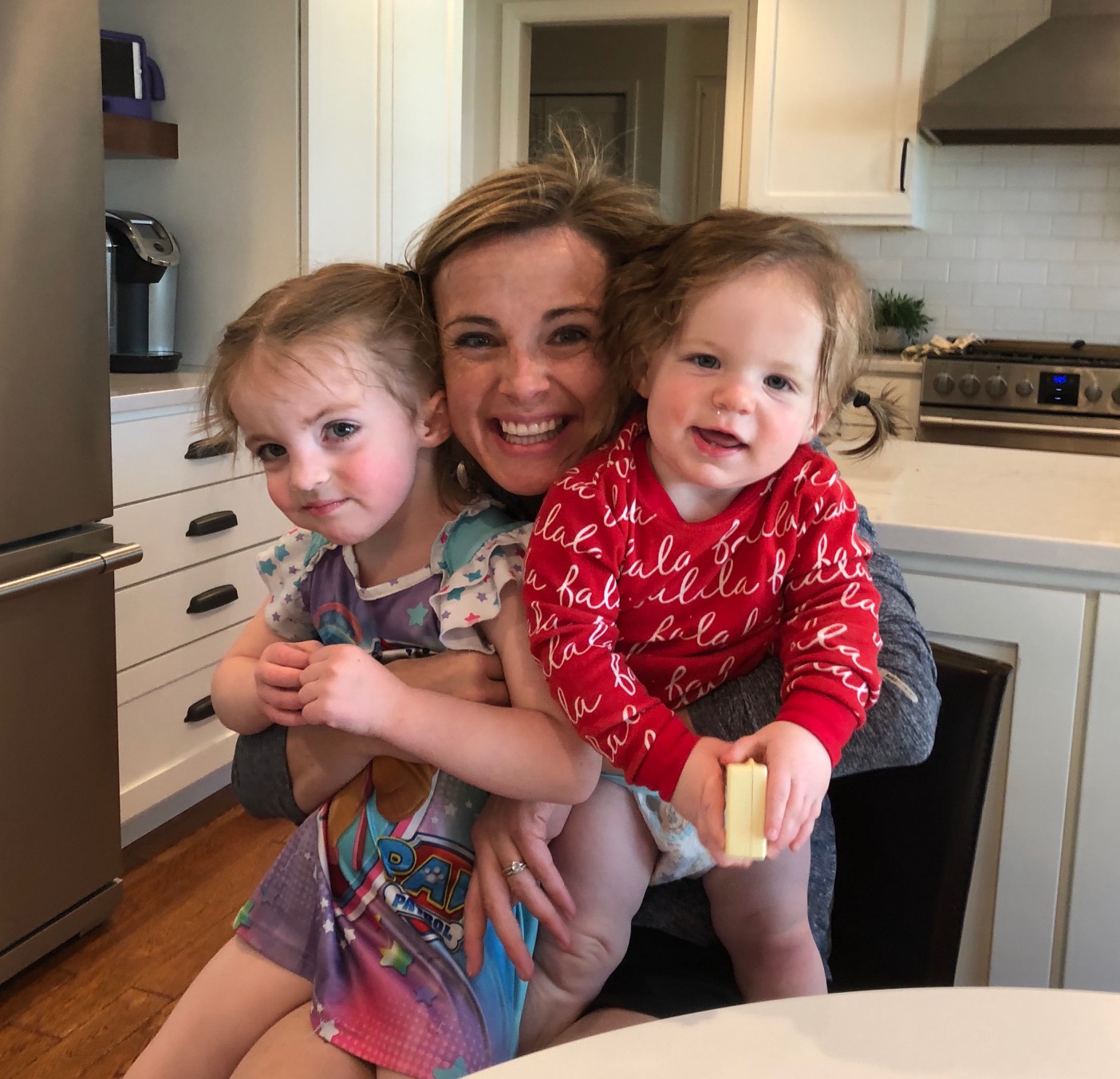 This weekend I was talking with a friend about motherhood – the joys and challenges of adding a second child into the mix specifically – and I said something to her that sort of just tumbled out.

“Motherhood makes me the best version of myself.”

As I sat with those words in the days that followed, the words stuck with me. I also felt there was room for a little disclaimer, and Voxed my friend to clarify what I really meant when I said that. Let me explain: I believe wholeheartedly that motherhood DOES make me the best version of myself, but only because it reveals in me the worst parts of myself, too.

Over the last three years motherhood has given me a giant mirror, reflecting my weaknesses, shortcomings, need for grace and refinement, and areas where I have tremendous room for growth. Over the last three years I’ve learned that I’m impatient, selfish, prone to inconsistency, sometimes lazy, short-sighted, a seeker of immediate gratification, and many more things. And I don’t say that to put myself down, but to say that I think it’s the inherent nature of becoming a mother that makes you so keenly aware of the areas you need to grow when you’re giving so much of your time, energy and affection to those around you.

And because I have that mirror looking me straight in the face every day, I’ve been exposed to areas of potential growth that I didn’t know existed before having kids. I’m not always the best version of myself in motherhood, but slowly, surely, I’m being forced to grow and change into the best version of me a little bit every single day.

On a practical note: I recently listened to a podcast that talked about being an “angry mommy” and what you can do to work through those times when you just feel so frustrated, angry and frazzled. They suggested identifying your triggers that cause you to feel frazzled and upset so you can be proactive about setting yourself up for success.

For me, those triggers are things like a dirty/messy house, including dirty floors and dishes in the sink, as well as a lack of quiet time and when I’m doing too many things at once. I’ve been working on letting some of the other things that bother me fall by the wayside, but a clean and tidy home, moments of quiet in the morning before my kiddos wake up, a bath after the kids are in bed, and trying to avoid multi-tasking (aka being totally present wherever I am) are keys that help keep the anger and frustration at bay.

While I have a LONG way to go and grow as a mother, I’m working day by day to become the best wife and mom I can be, and I’m so thankful for the opportunity to grow through this journey.