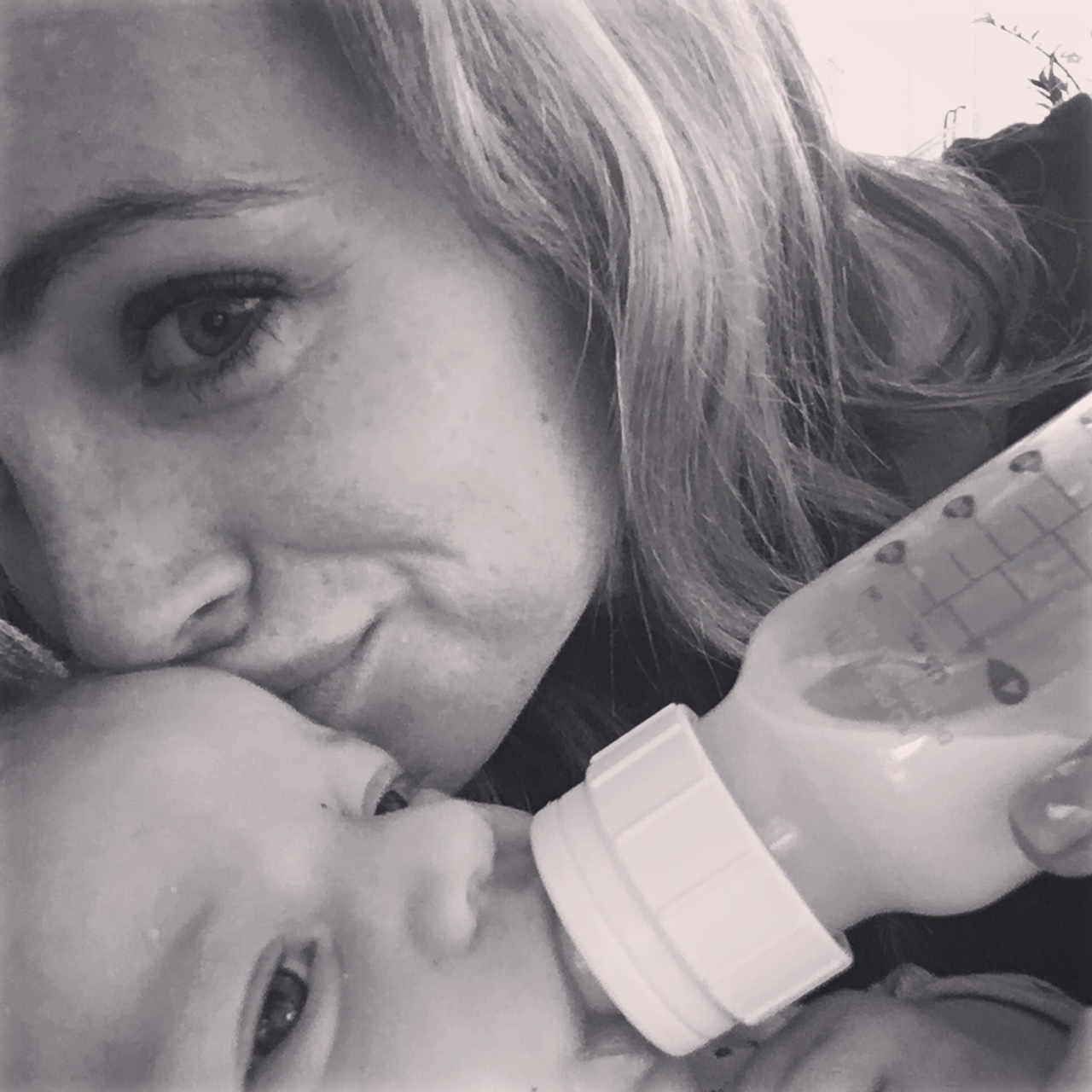 A few weeks ago on Instagram I promised that I would write this post. And yet here I am, two weeks later, still kicking the can down the road and avoiding writing about the topic of breastfeeding, bottle feeding, supplementing. Not because I’m afraid to write about the topic, but because it’s a complicated subject – one that I feel different about daily. Chances are, if you’re a mom, you understand what I’m talking about. Because in the long run, it’s something that doesn’t really matter that much, and yet it matters so much when you’re in the thick of the newborn and baby days.

Let’s back up a little bit first. While I was preparing for Collins to arrive I debating not breastfeeding at all. Not a flippant comment here and there, but rather a very real conversation with Joe about not even giving it a shot. Having had a less than ideal breastfeeding (err pumping) journey with Ainsley, I was traumatized by the experience and not at all keen for a repeat. Exclusive pumping is not for the faint of heart!

I was never one of those people who dreamed about breastfeeding my child. And having formula fed Ainsley after four months of pumping, it made me realize that formula was, in fact, quite a wonderful thing. Nutritionally inferior to breastmilk? Yes, there’s no debating that. But a fantastic second option. Yet time and time again with both pregnancies I was met with plenty of unsolicited “Breast is Best” messaging. I still remember getting a call from a survey taker from the Minnesota state government after Ainsley was born and giving them an earful about how I didn’t want to have breastfeeding pushed on me any more than it already had been.

So this time around I promised myself: no guilt, no struggling to breastfeed, no exclusive pumping around the clock to keep up my supply. Joe and I decided that my goal would be two weeks of breastfeeding to give Collins the colostrum and early milk and then if it wasn’t working I would switch over to formula. My two week goal came and went, and I continued to breastfeed. I’m fairly certain that few moms would classify breastfeeding as “easy” but it was workable, a few issues with over-supply aside.

A lot of the stories about breastfeeding and switching over to formula that you find on the internet usually revolve around times when a mom has no other choice – baby isn’t gaining weight, mom doesn’t have enough supply, latching isn’t working, etc. But what about when it is working? With Ainsley, I had very little guilt about not breastfeeding because her lip gap caused major latch issues that I don’t think we could have overcome. It was my out, my valid excuse for switching to bottles. And then eventually, dropping the exclusive pumping routine and switching to formula. But with Collins? What was my reasoning? What would I tell others who asked?

At the end of the day I don’t really have a major reason. But here’s what I do know: Breastfeeding was not, for me, a blissful bonding experience with my baby. Having bottle fed Ainsley for a year, I knew enough to realize that I enjoyed bottle feeding my baby more than I did breastfeeding her. I could kiss her head and look into her eyes without the stress of whether or not she would pull away or unlatch or get upset. I knew enough to know that because I’m a fairly modest person, breastfeeding in public places was giving me serious anxiety and staying home with a toddler or being home for every feeding just wasn’t an option. I knew enough to know that formula, while nutritionally inferior, would give me the ability to be the most present wife and mom I could be.

So where does that leave me right now? I don’t really know. I’m still pumping three times a day right now, producing enough milk to cover about 3/4 of Collins’s feedings for the day, but I contemplate quitting nearly every single day and switching over to formula entirely. Pumping a few times a day seems like such a small price to pay for providing my daughter with the benefits of breastmilk, yet I long to be completely in one camp or another rather than one foot in and one foot out.

For now, I’m in the murky middle. I’m sure that eventually I’ll fall into the exclusively formula fed camp, but for now I’m just taking it day by day. Realizing it’s okay to be conflicted, unsure, neither here nor there.

This year I took a very frazzled approach to sendi

I love healthy recipes that taste like a sweet tre

We love watching Christmas movies together in Dece