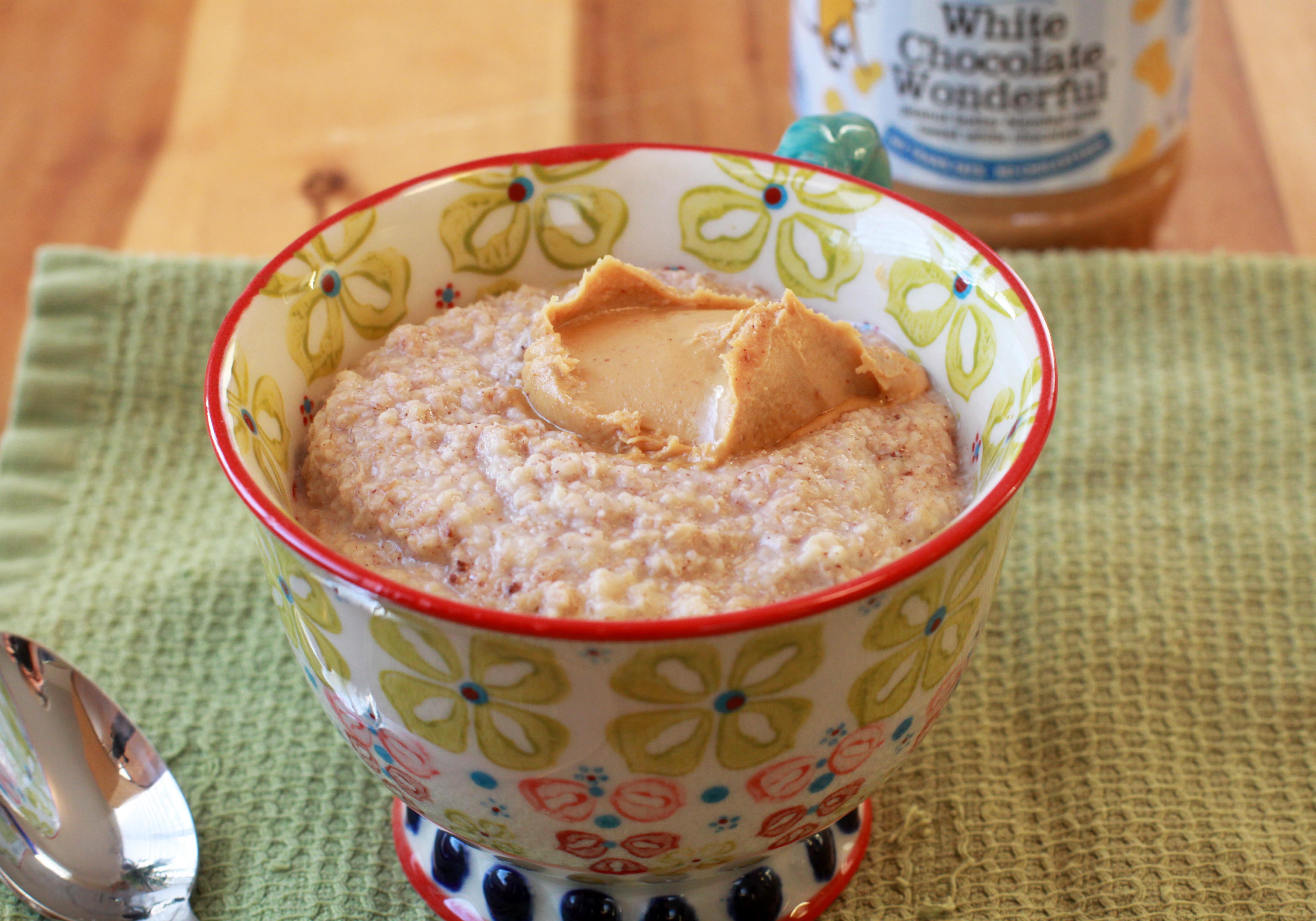 Can you believe your eyes? A recipe to share today? It’s been too long! I have been meaning to get a post up sooner, but winter has already impacted my blogging schedule with the lack of light and lack of time around the holiday season. We had our first big snowfall this week and I’m already looking forward to summer!

I’ve been meaning to share about oat bran for quite a while. Six or seven months ago I started swapping my morning bowl of old fashioned oats for a bowl of oat bran. I can’t even remember where I heard about eating oat bran as a hot cereal (I had baked with it before) but I’m glad I stumbled upon this nutritional powerhouse. Don’t get me wrong, old fashioned oatmeal is incredibly healthy, but oat bran has some unique properties that give it a leg up on rolled oats.

For as long as I can remember, I’ve suffered to some degree with an irritable stomach. This may be branching into TMI territory, but regularity has been an issue for years, despite the fact that I eat a vegetarian diet that is very heavy on veggies and whole grains. Since I have started eating oat bran for breakfast, and when I stick to it consistently, it has almost completely remedied my stomach complaints. I’ve even been known to travel with oat bran and/or take my breakfast with me I love it that much.

What is Oat Bran?
It is the outer layer of the oats that is typically removed when making old fashioned oats and instant oats. The thing is, the outer layer of the oatmeal is where all the fiber resides. Consequently, a bowl of oat bran contains about 50% more fiber than the same amount of old fashioned oats. And, as many people already know, more fiber keeps you feeling full longer, keeps your tummy happy and regular and can aid in weight loss. As far as calories are concerned, I find that the brands of oat bran I’ve purchased have had about the same number of calories as an equal amount of oats.

Where Can You Purchase It?
I have purchased pre-packaged oat bran at Trader Joe’s but lately I’ve been buying oat bran in the bulk bins at Whole Foods because it is cheaper and you can buy larger quantities. When I get it home, I just transfer it into a plastic storage container. I have also seen oat bran at other local grocery stores in our area. Oat bran and wheat bran are not the same thing, so be sure to clarify when asking at your local grocery store.

How Do You Prepare Oat Bran?
I’ve got a quick and easy recipe below for preparing oat bran similar to how you would prepare oatmeal. When I first made oat bran, I was really turned off by it because I didn’t use enough liquid. It turned into a rubbery brick in no time! The general rule of thumb I like to use is 1/2 cup oat bran plus 1/2 cup water and 1/2 cup milk of choice. The milk really gives the oat bran a creamy texture and makes it more indulgent. You could also use 1 cup milk and leave out the water completely. If you prepare the oat bran with all water, you probably won’t be all that impressed. Directions
Place oat bran, water, milk and cinnamon into a small saucepan over medium heat. Cook, stirring frequently, 3 to 5 minutes or until mixture just beings to bubble/boil and the mixture begins to thicken. It’s better to under-cook rather than over-cook. The mixture will thicken slightly after removing from the heat. Stir in your sweetener of choice. Transfer to a bowl and top with peanut butter.