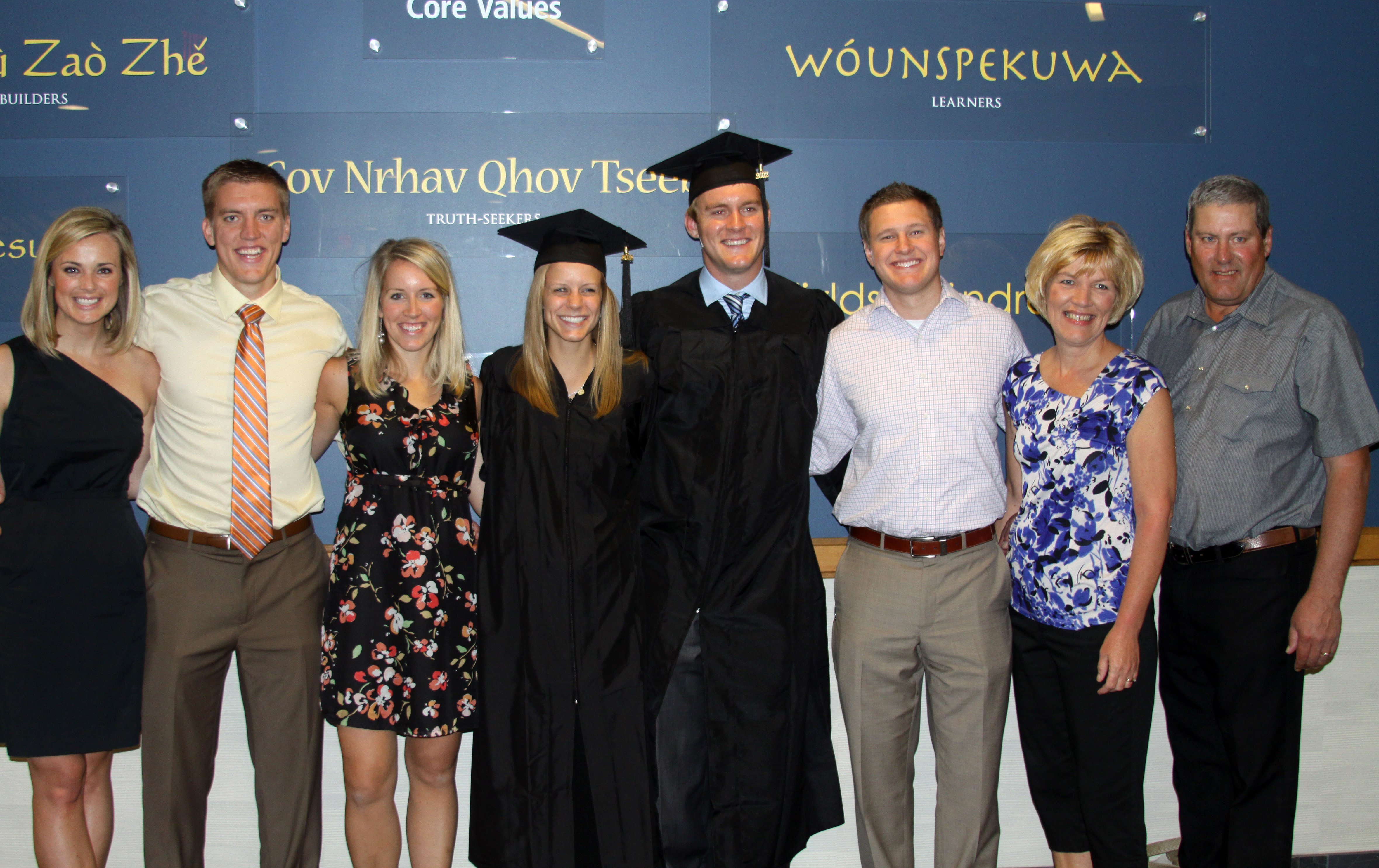 Last weekend Joe’s little brother Jason and his fiancee Ali graduated from college at Bethel University in St. Paul, Minnesota. Both Joe, his older sister Amber and her husband Jake graduated from Bethel, and I spent my freshman year of college up there. It was crazy to think that the last of the Hofmeyer siblings have now graduated from Bethel (and that I’m the only one of them who didn’t graduate from Bethel!) Jason and Ali are getting married in July, too, so it’s a pretty crazy, exciting time for them. Amber and I also had a training run on the schedule for the weekend, so instead of doing the 9-miler we had planned, we ran a 10-mile race that Amber found in St. Paul. It was only $10 (I had no idea $10 races existed these days), so I’m not sure how we could have said no. Planned route, water stops and other runners to run with? Count us in! Joe has also been such a sport while I’ve been training for the half marathon. He’s run every single training run with me, from track workouts to weeknight runs to long double digit runs on the weekends. And tomorrow we’re running a 20k race (12.4 miles) in Des Moines called the Dam to Dam. If that doesn’t earn him “Husband of the Year” I don’t know what will! I’m not going to lie, races are tough for me. Although I’ve felt strong and fast(er) during my training runs at home with Joe, when I get to a race, things change. This past weekend, Joe witnessed it first hand. I’ve been running somewhere between 9:00 and 9:20 minute miles, which has been a big change from last year’s 10:00 minute miles. My runs have felt strong and comfortable, and on shorter distances I’ve been able to push the pace to somewhere in the 8:40 to 8:50 time. But when I get to a race, I really struggle to maintain that same 9:00-9:20 minute pace. Last week, around mile 4 1/2, I got a crazy side stitch and really struggled mentally around mile 7 1/2.

Since I don’t believe that it’s a matter of being in shape of well-trained (in fact, it’s quite the opposite), I’ve been doing a little thinking about what the cause might be. I think that something about the racing atmosphere really phychs me out. There’s a pressure that I put on myself to perform well and compete with others runners. It makes my heart beat faster and my body tense up, which may be what makes races seem more difficult? Although I’m not going any faster (I had my Garmin with me to be sure), it feels like I’m going at a faster pace.

Do any other runners have a similar experience? Or do any of you seasoned runners have advice? I’m hoping to make this weekend’s run more about fun and less about trying to achieve a certain time or maintain a specific pace. Hopefully by keeping the pressure low, I’ll end up feeling great at the end of the race!