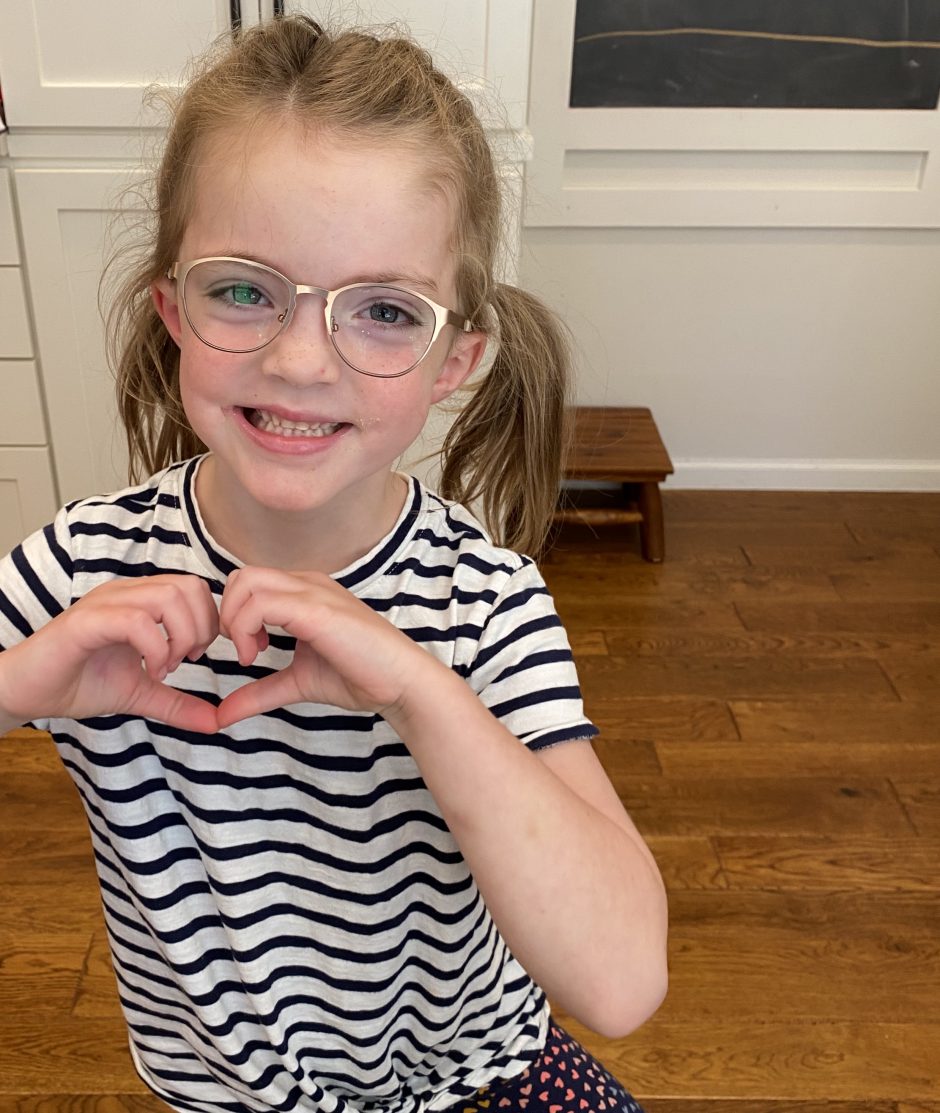 Hi Friends! Today I’m talking all about kids in glasses. Six months ago, I had ZERO experience with kids in glasses and now six months later I have two of my three kids rocking glasses.

I hope this post can be helpful if you find yourself navigating the world of glasses on little kiddos, both practically speaking and as you process the emotions associated with your child getting glasses.

EARLY INTERVENTION
I’m not going to go into a lot of detail in this post about Truett’s eyes and eye issues. If you want to read a bit more about that, you can do so HERE (saved in my IG story highlights under “Truett’s Eyes”. Basically, my biggest advise to parents with kids of all ages is that if you suspect an eye issue of any sort and at any age, don’t delay in getting in to a specialist. Pediatric ophthalmologists are VERY hard to get into and often have a long waiting list. It took us 3 months to get into see one for Truett, so be your kiddo’s best advocate in that regard.

With all things eyes, early intervention is key for helping treat eye issues. Getting a pair of glasses early on can prevent a host of issues down the road as your kiddo may start to accommodate if one eye is stronger than the other – which is what was happening for Ainsley. We took her in for her pre-kindergarten vision screening at our local eye doctor, thinking she had great vision, only to find out that one of her eyes was a lot stronger than the other. If left untreated for too long, one of her eyes would have likely started to become amblyopic (aka lazy). We’re thankful for early intervention and the gift of glasses!

EMOTIONS + GLASSES
Because Truett’s eyes were so obviously not working well together, I had less sadness about him getting glasses. I was just excited to help him see better because his eyes were obviously crossing most of the time. But with Ainsley, it took me by such surprise that she needed glasses, and I’ll admit that I dealt with quite a bit of sadness. Sad that she needed glasses, worried going into Kindergarten that kids would see her as just “the kid with glasses” instead of Ainsley. I think any time one of your kiddos has something “different” from the norm it elicits feelings as a parent.

I have a few friends who have younger kids in glasses, so I was already aware that glasses have come a LONG way for kids over the last few decades. There are SO many options! Actually, a friend of mine was an original fan + advocate of Jonas Paul and their affordable and trendy frames for kids.

I bought quite a few pairs of glasses for Ainsley – a pair from our local eye doctor, three pairs from Jonas Paul, and another pair from another eye glasses retailer online that sells multiple brands. Ainsley has a wider nasal bridge and a petite face, so finding a good fit for her was a challenge! After two months of wearing different types and styles of glasses, I found that for us, we absolutely have to go with glasses that have nose pads. Ainsley MUCH prefers the comfort of nose-pad glasses and I like that they stay put much better than frames without nose pads.

OUR FAMILY’S TOP PICKS
Our Favorite Glasses for Truett: Miraflex baby frames
*Tip: These things are amazing! They have been stretched and tossed around and chewed on and still look great + fit well. Make sure to bind them up each night with the band that comes enclosed to help them keep their shape over time.

Our Favorite Glasses for Ainsley: Jonas Paul “The Sophie”
*Bonus: We added the “Blue Light Blocking” option to her lenses since she does spend some time on the iPad and I know some parents are considering this going into fall with virtual learning!

*FULL DISCLOSURE: I bought two pairs of Jonas Paul glasses for Ainsley with my own money, but after posting about their glasses on social media they offered to send me one more pair. I took them up on the offer and was very thankful to do so since the pair they sent me was the pair with nose pads. I was not compensated for this post, but always love to share transparently with you all! 🙂