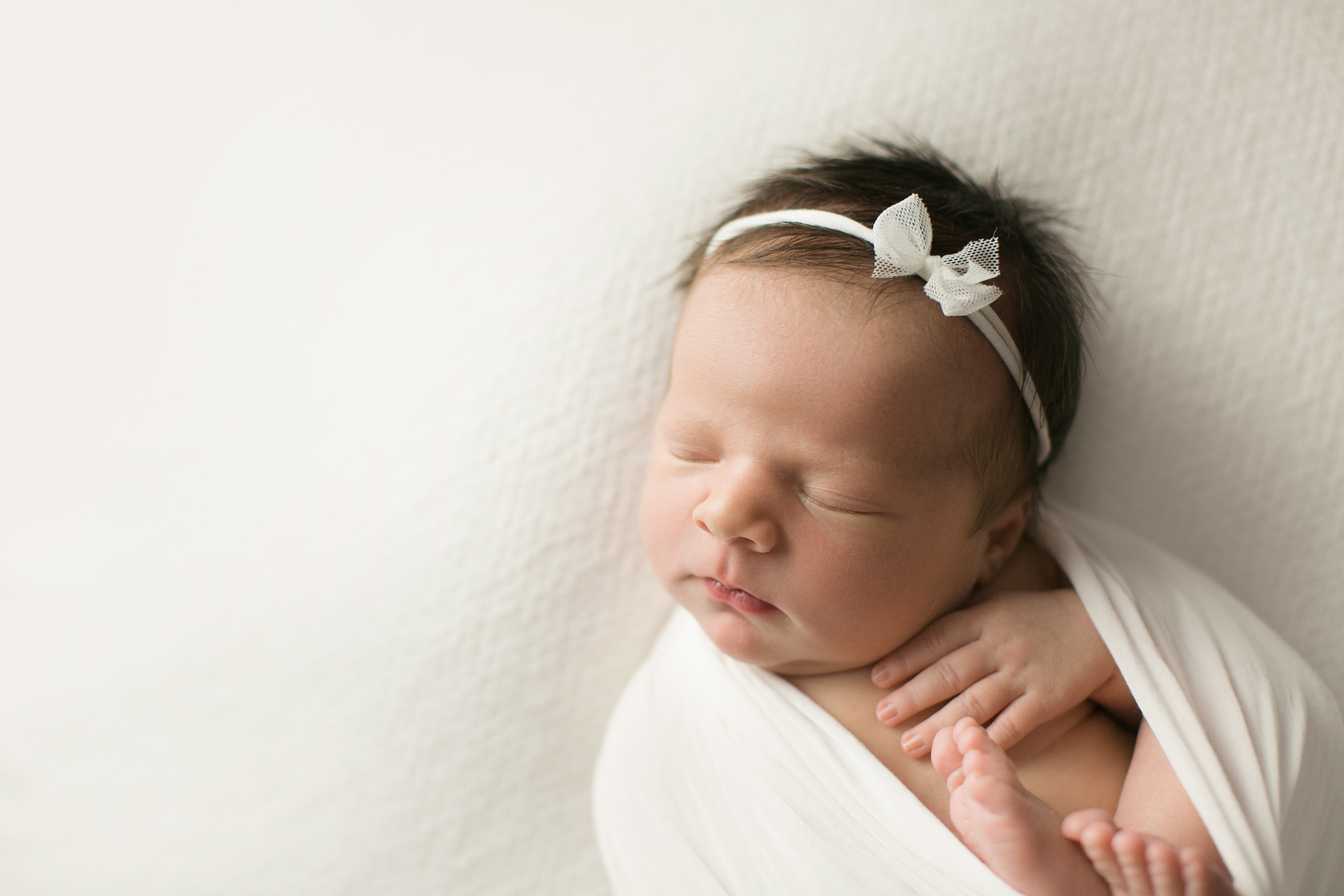 This has been on my to-do list since the week we came home with Collins. I LOVE reading birth stories (something that I only started to like and appreciate after having my own baby) and more than anything, I really like having the birth stories of my girls written down and documented so I can go back and read them/remember what their births were really like since it’s so easy to forget! Having Ainsley’s birth story written down on the blog was such a gift as I prepared for Collins’s birth.

I started showing signs of progressing starting at my first check around 36 weeks. By 38 weeks I was 3 cm and 50% effaced and I pretty much stalled out at that point. At my 39 week appointment I was still the same and was having some occasional but irregular Braxton Hicks contractions that I hardly even noticed until I was monitored and told I was having them. Overall I felt great and was pretty comfortable, even hugely pregnant. My doctor gave me the option at my 38 week appointment to be induced close to my due date. Although I didn’t have any complications that made it medically necessary, I had a LOT of fear about going much past my due date, having heard some horror stories about babies going past 40 weeks. I know there are plenty of feelings and opinions about this, but knowing she was fully “cooked” and healthy, I just wanted to get her out safe and sound. I opted to have my membranes stripped at my 39 week appointment (a Monday) and put the induction on the calendar for that Friday (May 12) in case nothing had happened by that point.

I was pretty committed to trying everything I could to get labor going on its own. I walked miles upon miles, did countless workouts, squats and lunges (including CrossFit at 39 weeks) and even jogged a bit but still nothing. I had some fears associated with being induced and worried a lot about whether or not I was making the right decision, but in the end I decided it was best to trust my doctor’s advice. He felt that based on how far along I already was that the induction would be successful and uneventful.

Friday morning we said our goodbyes to Ainsley (I was super emotional) and my mom came to the house so Ainsley could stay in as much of a normal routine as possible. We checked into the hospital at 7 am and they monitored me for about an hour and administered my first round of antibiotics for Group B Strep. My doctor game around 8 and looked over the last hour’s worth of monitoring. I was having contractions about 7 to 8 minutes apart but they were painless and I could hardly tell I was having them. I was still at a 3 and 50% so no progress had been made since my last appointment.

My hopes going into this birth were to do it without an epidural, though I was very open to having one if need be, such as if labor stalled or I was too tense and needed the epidural to help me rest/relax/progress. We had hired a doula for the birth as well as an added source of support during labor and I’m very thankful that we did!

Our doctor suggested that since I already had an “irritable uterus” and was having contractions, that instead of starting Pitocin, we would start with a very small dose of Cytotec to get things moving on their own. The difference between the Cytotec and Pitocin was that the Cytotec didn’t require constant monitoring like Pitocin, allowing me greater freedom to labor by walking and moving around. I was given the freedom to walk, even outside since it was a beautiful day, and then come back every 30-40 minutes to be monitored before I was able to go back and walk some more. From 8 am until  noon we walked and lunged and watched episodes of Top Chef on my computer with very little excitement. I felt practically nothing and the contractions weren’t any more painful, so much so that the nurse even said that perhaps the Cytotec fell out or didn’t get inserted properly and wasn’t “taking.”

Our doctor came back in around noon and checked me again. At that point I was a 5 and 75% so progress had been made despite the lack of pain. He felt it was appropriate to break my water and told me that we could expect things to pick up quite rapidly after that point, and he was right! I started to have slightly more intense and noticeable contractions soon after that while walking the halls with Joe and our doula, Kari. She suggested doing “abdominal lift and tucks” during each contraction to work with what my body was doing and progress faster.

Around 1:20 we returned to the room for more monitoring and the contractions were much more intense, coming about 3 minutes apart. We went for another walk around the hospital but around 2:30 I was in so much discomfort during each contraction that I said I wanted to stay in the room after that point.

When we returned to the room to be monitored, Collins’s heart rate wasn’t giving them the variables that they wanted, meaning I was stuck laying in the bed longer than expected and laboring through contractions lying down was not my favorite. Between the intense pain and the fact that they weren’t seeing what they wanted to on the monitor, I started to get panicky, worrying that there was something wrong with Collins. Our nurse assured me she was probably sleeping, In my panic, I demanded that our nurse check my progress to help give me some source of encouragement. I was at 7 and 100% and Collins soon started moving, giving me the extra encouragement I needed to push through mentally.

Our nurse and doula suggested that I get in the tub to help me relax and move things along. I got in the tub around 2:40 and it was such a relief. Contractions were still SO painful (I begged for the epidural a couple times) but I was reassured that things would be moving super quickly and by the time the anestesiologist came it would probably be too late for an epidural anyway. Joe was wonderful, holding my hand and encouraging me, even when I shouted a couple curse words at him. While in the tub I felt a very strong urge to push and remember shouting, “I don’t want to have a baby in the bath tub!” Ha! So between contractions Joe helped me out of the tub, back into my gown and to the bed around 2:50. At that point I was fully dilated.

Our doctor was in another procedure that he was called out of because baby Collins wasn’t about to wait for anyone to make her arrival. It took about 3 full pushes for her to make her arrival at 3:03 pm! She had a full head of very dark hair and was perfect in every way. What parents don’t say that, right?

We are SO thankful that she is here, safe and healthy, and we couldn’t be more thrilled to be a family of four. The newborn stage, it’s undoubtedly exhausting and challenging in a way totally different than toddler challenging, but something about all four of us being together just feels “right” if that makes any sense.