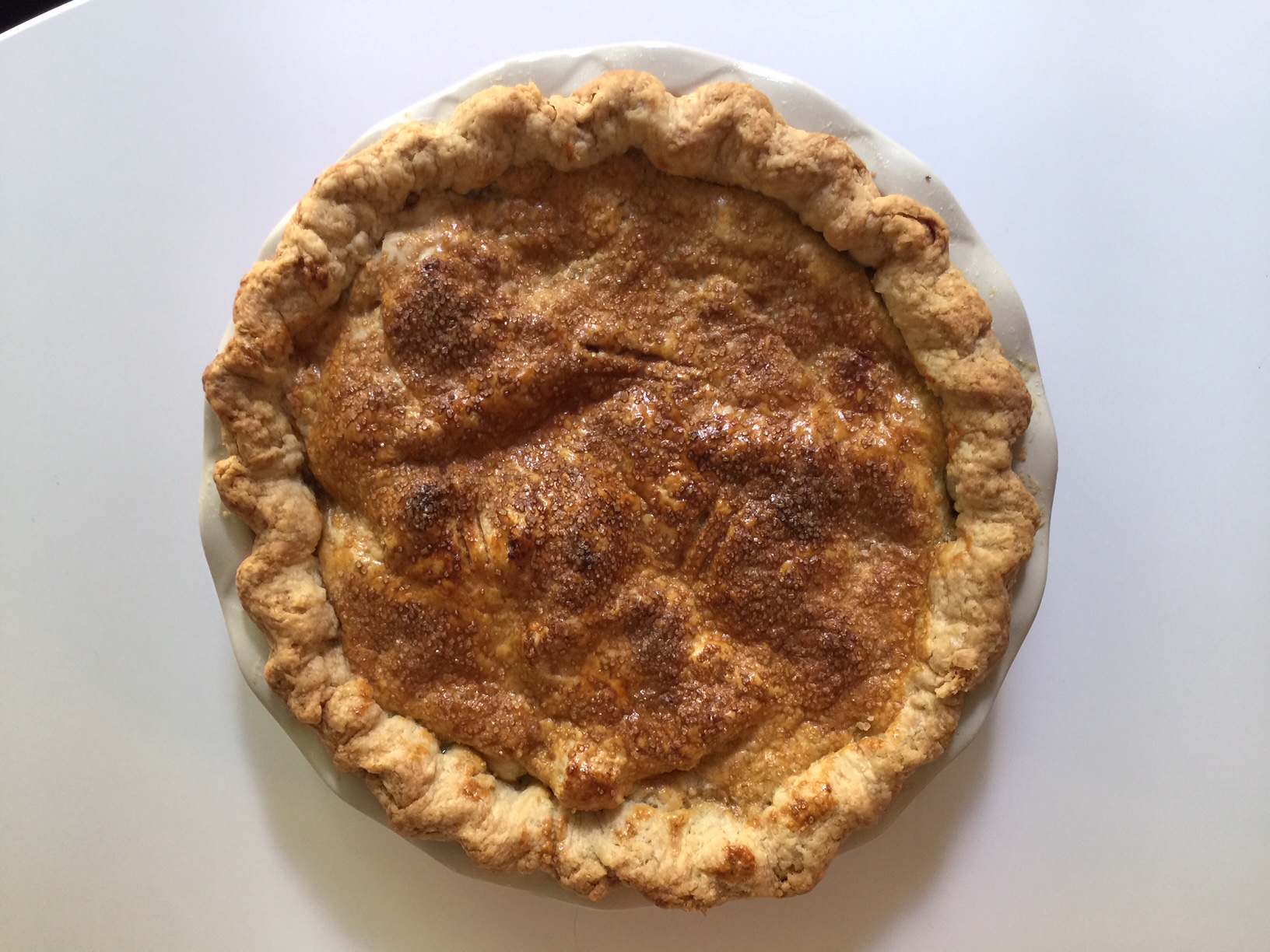 Whew. Coming in right under the gun and posting a second pie recipe before the week is over. I made this pie twice in the last week, and I’ve found that pie making is quickly becoming one of my favorite things to do. First, because it’s relaxing and second, because there is nothing like the look of delight on someone’s face when you say that yes, you brought them pie, and yes, it’s from scratch.

Oh, and it’s a great way to use up all the apples that have been coming my way from my aunt and mother-in-law.

I’ve realized that making pie allows me to cater the pie to my exact preferences, too. Take, for example, this apple pie. Joe and I both agree that we like the apples to be soft and free of any crunch, with a hefty dose of cinnamon and a crust that’s deeply golden brown and covered in coarse sugar.

Is that your kind of applie pie? Then this recipe is for you. And me.

This pie series has already been so much fun I can hardly handle it. And now that I’ve been making crust for a while (video to come, I promise!) I don’t need a recipe, just a couple measuring cups and a little extra time.