Good morning and happy Wednesday, friends! I want to introduce you to someone. Her name is Alice, and she is as sweet and real as they come. Her blog, Savory Sweet Life, is packed with family-friendly recipes and tempting goodies. But what really caught my eye a few months back was the pie dough recipe Alice shared. Well, it wasn’t so much the recipe itself but the concept. A no-roll pie dough? Did such a thing really exist all these … END_OF_DOCUMENT_TOKEN_TO_BE_REPLACED

I can hardly believe how fast our wedding is coming up, and how little I’ve posted about the details. Part of it has to do with keeping the details a surprise for our guests, but some things can be shared without sacrificing any of the mystery of our day. Without further delay, I give you our amazing wedding party! This is going to take a bit… {Maid of Honor: Emily Perrel, best friend and bride-to-be!} {Bridesmaid: Ashley Mansker, sister and … END_OF_DOCUMENT_TOKEN_TO_BE_REPLACED

{Best breakfast ever: Kashi Go Lean Crunch, Bananas, PB, Milk and Chia Seeds}  {Snapping a photo before leaving my apartment}  {Joey’s dad, Brian, got a delicious fruit pastry at the Des Moines Farmer’s Market}  {My first photo with Nutmeg. She was thrilled.}  {Family photo time!} {Married 26 years this year and still going strong!} {I LOVE these two more than words can describe.}  I hope everyone had a wonderful weekend! We were blessed with weather that called for sun dresses … END_OF_DOCUMENT_TOKEN_TO_BE_REPLACED

Let’s talk healthy stuff, shall we?  I think it was Mr. No Meat Athlete himself who said that we should all try to eat one salad and one smoothie every day to pack in the vitamins and nutrients everyone needs daily without fail. Although it’s probably not achievable every single day, I find it to be a great guide to keep in the back of my head when I’m planning my meals for the day. Despite the large number of … END_OF_DOCUMENT_TOKEN_TO_BE_REPLACED

Last week, while catching up on Kath’s blog, I stumbled upon fabulous baking inspiration. Although there was no recipe, Kath mentioned that she had a fabulous cookie. A Cinnamon Toast Crunch cookie, or something to that effect. Those words planted a seed in my head that has been growing ever since. And for some inexplicable reason, I needed to make I didn’t grow up eating Cinnamon Toast Crunch and I don’t ever eat it now, either. But that sweet, cinnamon-infused … END_OF_DOCUMENT_TOKEN_TO_BE_REPLACED

Last week Jen over at Peanut Butter Runner did a great post on where she gets her protein on days when she doesn’t eat much, if any, meat. If you haven’t checked out her blog, you should. This girl provides all kinds of great motivation for getting your butt to the gym and/or yoga studio.  Jen’s post got me thinking about my protein intake. As a vegetarian, I get the protein question a lot, and sometimes, when I’m feeling a … END_OF_DOCUMENT_TOKEN_TO_BE_REPLACED

For a while now, Joey and I have been in search of a ‘family tradition’ to start as we march closer to July 9th. Growing up, my family never really had a Sunday night food tradition but a lot of my friend’s families did. Popcorn and M&Ms for dinner, make your own meal, Sunday night pizza dinner, you get the picture. Tonight Joey and I finally stumbled upon a soon-to-be tradition that feels right for us! We’re calling it Party … END_OF_DOCUMENT_TOKEN_TO_BE_REPLACED 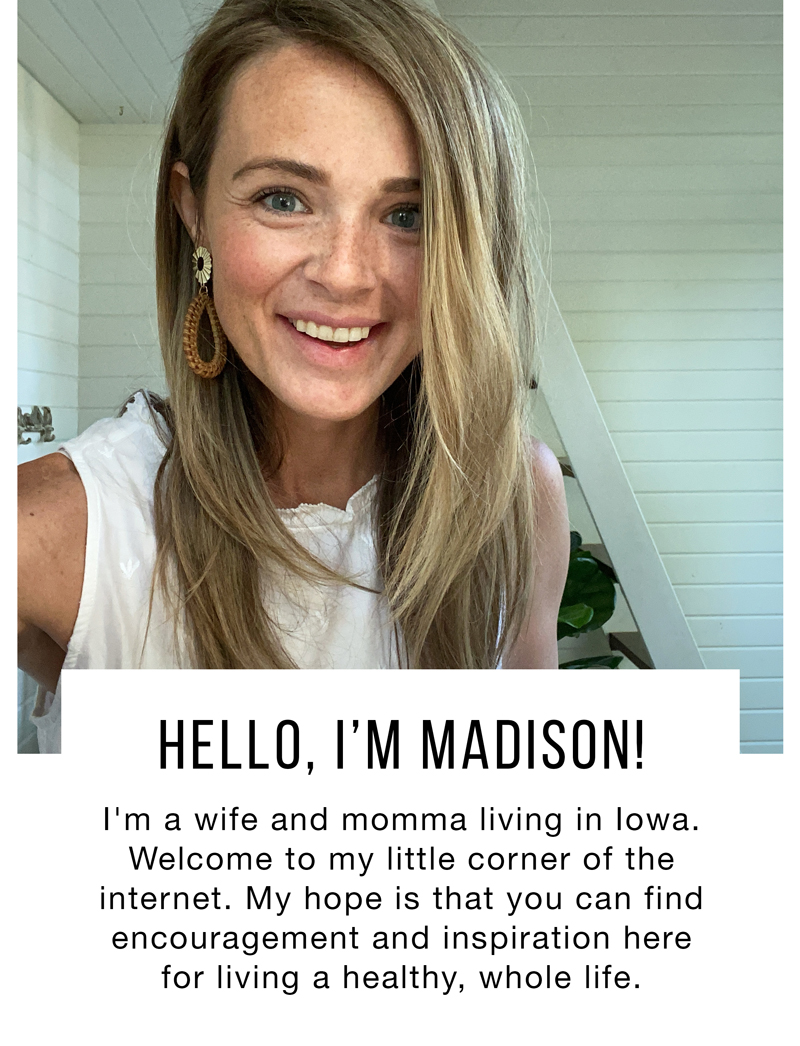