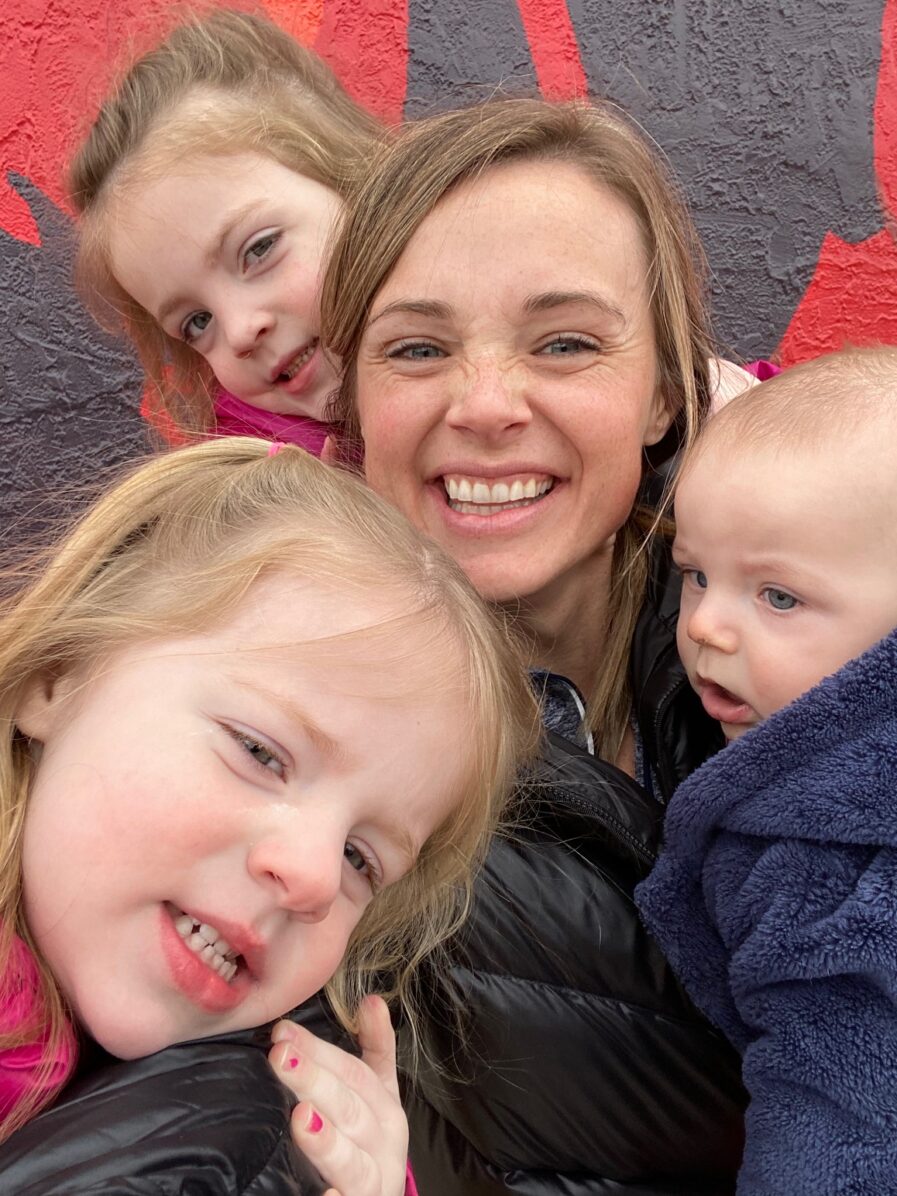 Now that I’ve officially weaned Truett (about a month ago at 14 months old) I wanted to share my perspective having fed three babies three different ways. When I was a new mom – and even the third time around – I was not prepared for how many opinions and how much emotion was wrapped up in how we as mothers decide to feed our babies. There is SO much pressure, isn’t there? Internal pressure, pressure from family members and friends, pressure from society, strangers on the internet and more. I’m thankful that when I had my first that social media wasn’t as popular (or opinionated!) as it is today, because I’m sure I would have gotten a crushing amount of feedback about our feeding journey.

I’ll share more about each of my kiddos feeding journeys in a bit, but if I had to summarize feeding babies, my thoughts are as follows: It doesn’t really matter.

I mean yes, it does matter. Feeding journeys are very personal and complex, but at the end of the day how you feed your baby is your choice and your choice alone. I know so many momma friends who have suffered SO much because they have felt the pressure to make breastfeeding work when it just wasn’t working. On the flip side, I know others who have felt the pressure to stop breastfeeding or not breastfeed at all because of familial opinions who have also felt heartbreak on the other side of the journey.

Ainsley’s Story
I’ve written a good deal about my breastfeeding journey with Ainsley. When she was born, she had a small gap in the corner of her lip that was surgically repaired at 8 weeks old. We were sent home, ill-prepared and clueless about how the gap would impact nursing. She never really got the hang of nursing in the hospital, and we were set up for failure from the start. Breastfeeding was challenging, to say the least, and shortly after birth I switched to pumping and bottle feeding because we were both so incredibly frustrated. I pumped with Ainsley for four months and I have to say, mommas who exclusively pump are amazing because it’s SO much work. After four months, I tossed in the towel and switched to formula. Thankfully, Ainsley did well with formula, and the only thing I felt when done with feeding was lots of relief.

Looking back on my feeding journey with Ainsley, I’m glad I could give her the gift of breastmilk for the first few months of life. However, I never had an emotional attachment to pumping and the second I was done, I never looked back. Even months and years later, I never regretted my choice to exclusively pump, knowing how difficult it would have been to make things work with the gap in her lip.

Collins’s Story
With Collins, I told Joe that I didn’t intend to breastfeed at all. Honestly, I was so OVER the whole thing after how it went with Ainsley that I was hoping to bypass the entire breastfeeding ordeal. However, after talking it through with Joe, I decided to at least try for two weeks, knowing how important that early milk is for babies. Mentally I just wasn’t into it with Collins, and I think that was a big part of why our journey ended as quickly as it did. The adjustment from one to two kids was challenging for me – getting used to meeting multiple needs and our home becoming so LOUD. On top of it all, I tend to have oversupply and struggle with overactive letdown so those early weeks of breastfeeding usually result in my babies being gassy, struggling to gulp down milk, etc.

After six weeks I tossed in the towel and switched to formula. Honestly? We were ALL so much happier. Collins was happy to take bottles, and I had promised myself I would never put myself through exclusive pumping again, so I was relieved to make the switch to formula. Looking back, I am actually really PROUD of myself for the guilt-free choice I made to switch to formula so soon. I think it’s a huge part of why I enjoyed the first few months of Collins’s life so much and had as much freedom and joy as I did. I didn’t allow myself to feel guilty and felt totally affirmed in my choice to switch, never looking back once!

Truett’s Story
Well, in so many ways Truett has a different story for so many reasons – including breastfeeding. Before he was born, it was my desire to experience breastfeeding for a longer period of time since it was something I had never done and paired with the very real possibility that he is our last baby – something I wanted to experience once. I prayed a lot over our breastfeeding journey before he arrived, and during a very difficult year it was a tangible reminder to me that God hears our prayers – even the small ones – and was tender to me in giving me this gift.

We made it through a LOT during our first six months of breastfeeding – mainly due to me being super stubborn about continuing. Truett had a great latch from the beginning, but we overcame many hurdles including heart surgery (and a week where he couldn’t eat any food because of being intubated) as well as two rounds of mastitis, football season with a newborn, two little kids and a dad who wasn’t home much, and me dealing with the after effects of trauma. It was a LOT. And yet, we continued on with our breastfeeding journey. Honestly, while it was an added stressor in many ways, it was also something super healing for both me and Truett. During the first six months of his life he showed many symptoms of trauma in infants – and it was a comfort to me to be able to comfort him and help him along in his healing. Those first six months of his life he was emotionally vacant, and I craved connection with him. Our breastfeeding journey afforded us that connection.

In some ways, I wish I wouldn’t have stretched myself so thin during Truett’s first year of life, and yet so much of that was unavoidable during his first year of life. Regarless of whether or not I had decided to breastfeed. I think I would have felt drained and worn thin.

FINAL THOUGHTS
As I mentioned earlier, having had three separate experiences with my babies and gone the exclusive pumping route, the formula route and the extended breastfeeding route, I can say with certainty that there is NO right way to feed your baby. In fact, there might be a right way for one baby and a totally different right way for your next child.

The internet is a crazy place these days but one t

This mug might be the most photographed mug on IG

Finally settled on a 2021 word of the year. And th

It only took about a month 🤣 but now that my @a

Little adventure today to pick out furniture for t

Merry Christmas from our crew to yours. A thrill o